TFG is a new type of artist group composed of seven young actors who are active mainly on the 2.5-dimensional stage. Unique is based on the concept of “five senses”, and each member has image, color and fragrance. By the way, Ryotaro Akazawa (RED / Spicy Note), Yuki Maekawa (BLUE / Herbal Note), Nobunaga Sato (PINK / Floral Note), Reiji Sakagaki (ORANGE / Oriental Note), Reio Hotta (YELLOW) / Citrus Note), Daisho Sakuraba (PURPLE / Balsum Note), Kento (GREEN / Woody Note). Each person is responsible for the scent that matches their individuality, and the feature is that each other within the group also refines each other’s existence. Needless to say, the beauty of the seven is national treasure. There is no reason for a woman with a handsome sensor to leave it alone. Tickets have been quickly completed in past fan meetings.
Their formation was last April. About three months later, on July 17, he released his major debut single “My dear Summer”. It was placed in the ninth place on the billboard “Top Singles Sale” chart. In addition, the 2nd single “Kamisama Please” released on December 11 at the end of last year marked the 7th place in the Oricon Weekly Ranking. We showed high attention.

By the way, I would like to explain the group as much as this, but I think you have fully understood the potential of TFG. Their first single “My dear Summer” announced last year had an upper party tune, and their 2nd single “Kamisama Arigato” was able to listen to danceable and mellow songs. And released his first album “celebraTion”. In this work, Tarantula, who worked on the lyrics, composition and arrangement of all numbers, has been a member of Spontania, a music unit with a huge number of hit songs, including a single “Just For You feat. JUJU” featuring JUJU. ) In addition, the production team led by DR.SWING is fully backed up! The whole volume is summarized in edgy pop tune. R & B and HIPHOP-style songs, as well as reggaeton-style approaches such as “Dance with Me”, have been smartly incorporated to build highly complete tracks. On the other hand, it features songs with intimate content such as “Shinsei Katsu”, which is likely to be a spring theme song. With a variety of selections, we finished the album without getting tired.

What is wonderful is the expressiveness of each member. The strength of having an acting base is also an advantage, but it makes the undulating songs smooth. The scent of “individuality” overflowing from the members of TFG as well as sight and hearing seems to have a lot of impact on us. Naturally, I want them to consider overseas as well. The vocal group scene is a fierce battlefield that looks exactly like the age of the Sengoku era, but how do they stimulate the “five senses”? I want to look forward to future activities. 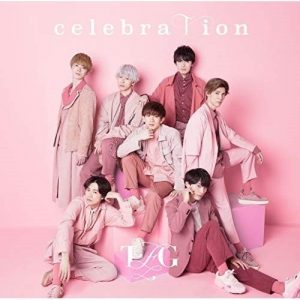